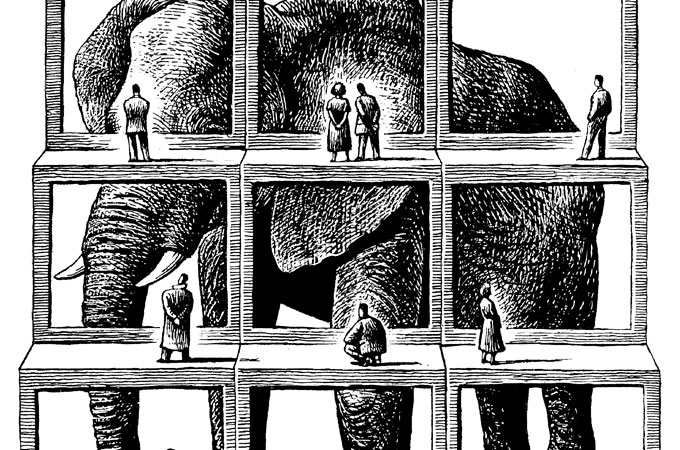 What do brain science and semiotics have in common? Semiotics and cultural studies reveal the systems of signs that exist in culture and other belief systems, where cultural context matters. Behavioural economics, social psychology and brain science all demonstrate that even small changes in the environment (context) can lead to huge changes in human behaviour. They both show that context matters much more than we admit, through shared cultural values, the ways in which meaning is ‘situated’ in particular contexts, and the interaction between context, emotional meaning and the link between behaviour and emotional context.

A recent article in the Economist (10 May 2014) discussed research into why some societies are more individualistic, analytical and abstract in their thinking than others. These differences are typical of those seen between Western and Asian cultures, but do not simply reflect the differences in economic development (Japan is one of the most collectivist societies in the world) or other behavioural differences. Research by Thomas Talhelm and others at the University of Virginia suggests the the difference is agricultural. Before mechanisation, growing rice took about twice as much labour as growing wheat, requiring societies where rice was the staple food to be much more cooperative in cultivating the land to feed themselves. They tested this hypothesis by asking a series of questions to measure individualism / collectivism across a sample of Chinese regions and city. They found that the scores for individualism / collectivism were not related to wealth, healthcare infrastructure or any other number of measures. But they were related to the agricultural traditions of the region.

Individualism-Collectivism is one of the dimensions of culture, developed by Geert Hofstede in his work on cross-cultural differences. There are five others: Tough-Tender (or Masculine-Feminine), Power Distance, Uncertainty Avoidance, Time Orientation and Restraint-Indulgence (the latest to be added). These dimensions cannot explain the richness of culture, but they are a useful framework for understanding the differences between cultures and how different belief systems lead to different behaviours. For example, Japan scores highly on Uncertainty Avoidance, which is associated with cultures that avoid ambiguity, value purity and have high sales of bottled water (for example).

Of course, rice itself has a very rich set of associations and meanings. In work 2-3 years ago, I uncovered these meanings from the past to the present and on to the future for a client with the challenge of launching a snack product based on rice – they had already been trying for 8 years and had met with port market acceptance, although they could not understand why.

The research revealed a rich cultural history (of residual meanings) that are strongly influenced by two stories in Chinese culture around the first cultivation of rice which is often attributed to the Emperor Shen Nong and to the myths surrounding the rice goddess Guan Yin (sometimes called Kwan Yin, and a common figure across Asia – in Indonesia she is known as Sri Dewi). These two cultural stories link to two themes of meanings: security, hard work, energy and integrity (rice is hard work to cultivate) and to home, family and fertility (the rice goddess is associated with compassion as a mother figure).

The current (dominant) meanings of rice are almost all linked to these past meanings, and although young Chinese do not know the myths and the historical figures they share these meanings with their parents and grandparents. Some of the current meanings are important in understand the experience of eating rice, and why that experience is not easily transferred to a snack product. There are many sensory cues that tell someone that they are eating rice, but three are particularly important, to the extent that without them it is difficult to believe that a food has any relationship to rice.

The first is that rice is always white on the inside (whatever its colour on the outside). Secondly, rice always has substance (it is three-dimensional and not flat). Finally, rice has to be chewed (it needs work to derive satisfaction from eating rice) and it does not simply melt in the mouth. Without these sensory cues, it is difficult to believe that a snack product is based on rice.

Linking many of the themes is the feeling that rice is an ‘everyday necessity’. Nowhere is this more clearly seen than in the everyday language of China. “你吃饭了吗？” is literally translated as “Have you eaten rice today?” although the equivalent phrase in English would be “How are you today?”. But does either of these really capture the cultural context of the original Chinese?

Octavio Paz once wrote that, “I’m not saying that literal translation is impossible, only that it’s not a translation”. I interpret this statement to say that while we can translate words, we can never completely translate the meaning (cultural context) that is embedded in those words. I myself have struggled with translation, most recently in translating a set of emotional words based around archetypes into different Asian languages. What do you do when ‘Charismatic’ has no equivalent word in Thai? After three rounds of discussion it was translated as the idea of ‘role model’, someone you would want to emulate or copy. It captures the sense of the original, but is it an accurate translation? I don’t think so, and I don’t think marketers and researchers should kid themselves that we can always control the meaning of a message or question in a different language.

So how do culture and emotions relate to human behaviours? My belief is that context is always the trigger of behaviour (with culture being arguably the most important component of context) and emotion is the ultimate reward for any such behaviour. Contextual triggers and emotional rewards work in a reinforcing cycle, building habits that repeat in the same context to give a desired emotional reward.

For example, recent work in evolutionary psychology considers the mind as ‘modular’, with competing decision making systems that each focus on a particular goal (emotional context). At some times, the mind might focus on the importance of status, and the ‘status’ self will take over, meaning that the mind focuses on finding information in the environment that is relevant to the specific goal of status, and ignoring information that is not relevant to this goal. At other time, the mind might focus on the importance of self-protection, again focusing on finding information relevant to this goal and ignoring other information (e.g., ‘status’ related objects will be ignored as they do not help achieve the goal of self-protection).

Such research shows the importance of emotional context in shaping behaviour and much research on cross-cultural differences has looked at the differences in the motivations of different cultures and countries. In particular,  Shalom Schwartz identifies ten core values (motivations) that define human behaviour and many of the differences between cultures. These are achievement, hedonism, stimulation, self direction, universalism, benevolence, tradition, conformity, security and power. These motivations relate to two dimensions of behaviour: conservation versus openness to change and self-transcendence versus self-enhancement (stability versus change and belonging versus individuation).

Marketers and researchers should always start by understanding emotional context, which is the basic framework for any complete understanding of human behaviour. In my own work I use a model which synthesises motivational and emotional frameworks with 12 universal archetypes, expressing emotional goals in clear, simple and human terms.

As an example, let’s look at the health insurance category (in Hong Kong), where self-protection is an important motivation for many, shown by the importance of control (Ruler archetype) and Care (Caregiver archetype) which are the most important emotional goals. By contrast, another financial service category might have very different goals. In the example, credit cards have a very different profile. with control still an important motivation, along with the feeling of discovery (uniqueness) and that of being competitive (individual). These are the Warrior and Explorer archetypes.

In summary, meaning always needs emotional context, which is the frame of reference for understanding (or changing) any human behaviour. For marketing and research the implications are straightforward in terms of translating meaning as well as words and understanding cultural history in order to better understand present-day behaviours. Above all, we need to always remember that behaviour is triggered by context and rewarded by emotions. This is why context matters more than we realise.

[This is an edited version of my talk for the Asia Research seminar ‘Culture Club’ on 27 May 2014 in Singapore.]

Cultures and Organisations: Software of the Mind by Geert Hofstede

The Rational Animal by Kenrick & Griskevicius

Are there universal aspects in the structure and contents of human values? by Shalom Schwartz (Journal of Social Issues)

This is the written version of Neil Gain’s presentation at Asia Research Breakfast Seminar in Singapore, Q2 2014